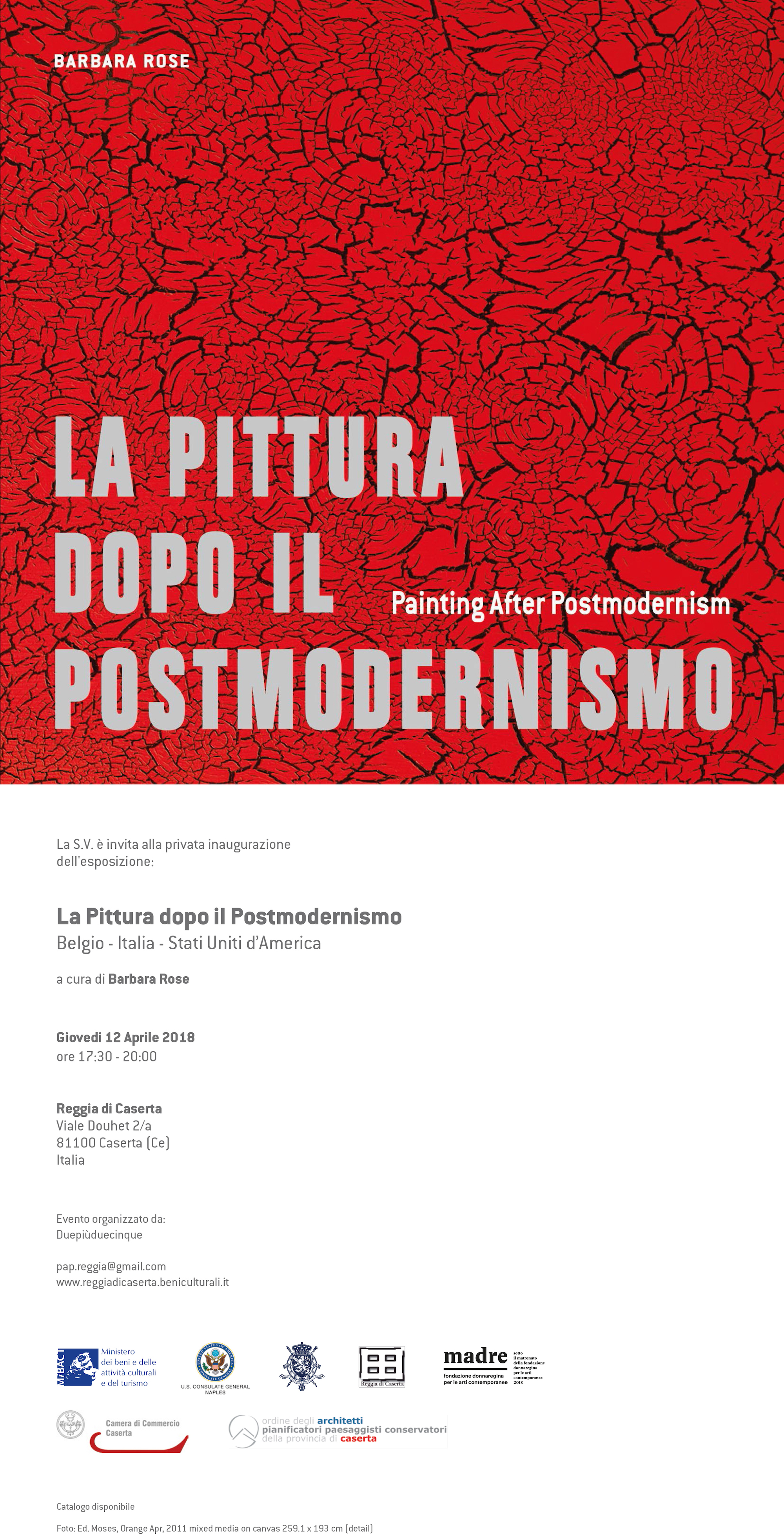 The exhibition “Painting after Postmodernism”, curated by the famous American art historian Barbara Rose, is the third edition of the project inaugurated first in Brussels in 2016 and then presented in Malaga in 2017.

Sponsored by Mibact, the exhibition that will be held for the first time in the 18th century rooms of the Royal Palace of Caserta is considered one of the most important events of 2018.

It includes over 100 paintings made by eminent Belgian, Italian and American artists and is accompanied by an exhaustive catalogue with critical texts and color reproductions of all the works on display.

The exhibition wants to show that painting as an autonomous discipline maintains its freshness and still has much to say as an art form called to communicate humanistic values ​​in a dehumanized world and globally dominated by networking.